Ten Grands on the Diamond
THE HOME RUN EVENT OF THE SUMMER!!! 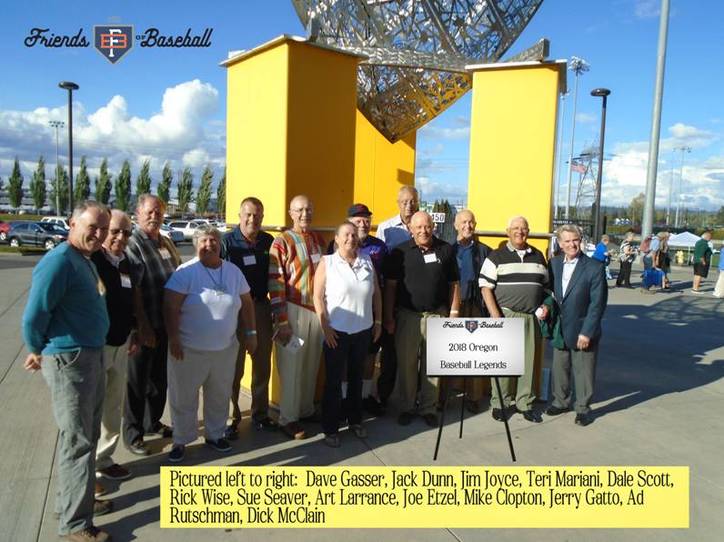 We at Friends of Baseball are so grateful for the new partnerships we have been able to forge in recent months and years. The amount of excitement for baseball in Portland is clearly rising and we hope to continue to see that flourish. It only enhances the environment for the local boys and girls who just want to play ball. In everything that we do, we do so to enhance the lives of children through baseball. It has always been our mission, and it always will be.

Another organization does very similar work we do, but through music rather than sport. Just as important to the development of young community members, it looks to enhance the lives of musicians through education, financial and instrument support. The Snowman Foundation and the Play It Forward organizations do phenomenal work in the Portland Community to ensure young musicians have access to classes and instruments to play.

We were proud to participate in the Ten Grands on The Diamond event this year. As it was held at Ron Tonkin Field, where the Hillsboro Hops play, it seemed fitting that we should be involved. It was our first iteration of the event in this new venue and new partnership, and we could not have been happier with the results. Proceeds went to both Friends of Baseball and the Snowman Foundation, bringing help to musicians and athletes in the Portland area alike; sounds like a winning combination! We all know, the world needs sport, and it needs music, art, chess, debate and so many other activities for our children to thrive. We are so excited about this and future events with the Snowman Foundation.

Michael Harrison, a dear friend of our organization, and his team of talented musicians put on a memorable show, as they always do in their Ten Grand Events. As a new initiative to the event, we introduced ‘The Inaugural Class’ of the 2018 Friends of Baseball Oregon Baseball Legends.  Truly, without them, and so many other coaches, umpires and volunteers we wouldn’t have the community of baseball we enjoy today. We continue to do what we do as an organization to find, build and teach new legends to keep that community thriving!

So if you missed the event, we hope to see you next year! It was truly grand in style and we look forward to the years to come. For those of you who were able to join us, Friends of Baseball and The Snowman Foundation each say a heartfelt THANK YOU!

Snyder Building And More’s Ten Grands On The Diamond!
FOB's GA and Preferred Ticket Proceeds benefit:
Snowman Foundation, Friends of Baseball and Youth Leagues Across Oregon who are participating

A unique "Routine" Triple Play Fundraiser for access to music and baseball's power to teach!

On August 11th Ten Pianos and Ten Pianists present one of the most entertaining shows in the country. There is no other show like it. The sound of Ten Pianos has something for everyone all presented at Ron Tonkin Field in Hillsboro.

The show ends with an American Tribute And Fireworks Show!!!

The Ultimate Field Of Dreams ~ Ten Grands On The Diamond
Copyright © 2022 Friends of Baseball. All Rights Reserved.